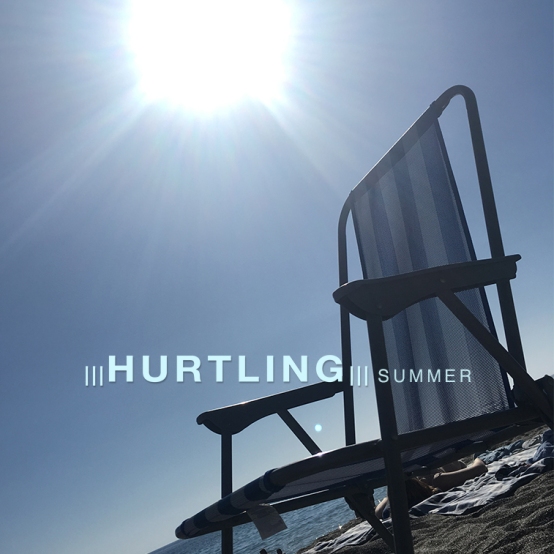 ‘Their crunchy alt-rock sound is entirely of their own making and leaves a packed Windmill baying for more,’ Joyzine

Hurtling announce their highly anticipated new single ‘Summer’ ahead of the release of their debut album ‘Future From Here’. The track was self-produced and recorded at One Cat Studio in Brixton and is released via Onomatopoeia Records (Barringtone, William D. Drake, Crayola Lectern) on August 16 2019.

Jen Macro’s pure pop vocals depict the sounds of the summer. ‘Summer’ offers luscious sun-drenched slices of noise pop with an off-kilter, pleasingly unpredictable twist, with singer Jen Macro’s pure, melodious tones dripping all over crunchy guitars and quirky rhythmic propulsion. ‘Hope fails when we think we’ve won’, sings Jen at the track’s core, as she melts into a state of melancholy and lifts you effortlessly back out again.

The track is accompanied by an atmospheric black and white video directed and edited by Jen Macro herself. The video depicts layers of sound in the colliding and overlain images, as the guitars move from the more shoegaze to the psychedelic, emphasising and enhancing the kaleidoscopic sonics.

Hurtling‘s influences include The Breeders, Sebadoh and Sonic Youth, but make a sound that is all their own. After working with the likes of: My Bloody Valentine, Graham Coxon, The Monochrome Set, Chris T-T, Kath Bloom and Jon Fine (Bitch Magnet), Jen, Jon and Simon have been steadily establishing themselves as fixtures on the ever-fertile South London scene.