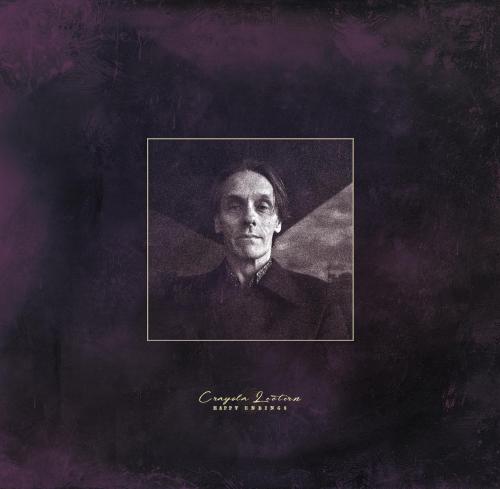 Crayola Lectern spirals around Chris Anderson. This page is about him.

His teenage years were spent in Bedford, leading a big band on sax (the first musical sound little Lectern fell in love with was the close harmonies of saxophones in swing music), heading up a 200 voice choir who worked with the composer John Tavener (when he was going through his atonal phase) and playing in assorted messy school rock bands. A near fatal head-on collision with a lorry in 1985 made the 17 year old Lectern review his life strategy and a decision was made to savour every moment from then onwards and to go forth and create righteous sounds of genre defying musicks and not to tread the duller paths destiny had previously offered. Music of all sorts had always had a power to transport the fledgling Lectern, submerging him into seemingly three-dimensional realms of fancy and his belief in the force of music as a form of magick persists to this day.

Crayola The Teen hated piano lessons however and made the point most eloquently on two separate occasions by actually vomiting on his teacher’s front doorstep out of sheer anxiety and not from malice as might’ve been expected from the youth of yesterday. His enjoyment of the instrument stemmed primarily from playing by ear but this was discouraged in the world of Grades and so he decided to concentrate on the more fun saxophone and oboe. By the time Crayola had left school and moved to north London he was playing none of the above, just the bass guitar in his own bona fide ‘proper’ band.

Map (originally a four piece) were involved somewhat in the coining of the term ‘pronk’ as a genre. At the time it was just a joke, ostensibly describing a cross between prog and punk but it became a label, which did stick to other bands’ shoes no matter how hard some of them tried to shake it off. A 10” EP, which NME described as “the Slits eating Siouxsie and the Banshees for breakfast whilst high on crack,” was duly released. Map became a duo, spent five years recording their album but it never materialized in the public domain; the money Map had given the little label to press it up having disappeared in a great big cloud of bullshit. It was in the band Map that Crayola Lectern had effectively begun to exist as a writer and arranger and his latter day sideman (keyboards player) Jon Poole was an acquaintance in these early days.

During Map’s protracted demise Crayola played in the group Supermodel, releasing records on Fire Records followed by the gentler Departure Lounge (Bella Union). These travels, tours and adventures further fuelled the desire to play out and it was in Departure Lounge that the keyboards, notably organ and piano reunited themselves at last with the errant Lectern.

Come this century A.D. and Crayola had moved to Brighton. Suffering a loss in 2000 some songs about parenthood started flowing out of this broken little pumpkin. New bands were played in and enjoyed with much gusto (La Mômo, Damo Suzuki, Celebricide, Drum Eyes) with many other musical collabs occurring with many noteworthy pop-stars but we’re not here to namedrop, for this is the internet and the self-googlification of others could present all sorts of complications much as do invitations to weddings and children’s parties which may omit certain souls due largely to the limitations of space (and sometimes, although not in this case, personality.)

Crayola Lectern had been subtly borne, gigs had been played as a duo with Jon Poole, Alistair Strachan joined and the triangle was complete. A beautiful and esoteric core of musical and characterful richness now existed, at odds with itself and yet splendidly, eccentrically at ease in its own wondrous bubble. A shared love for things humane, universal, funny, irreverent, beautiful or ugly, more than a passing interest in the Canterbury scene, the existence of certain bands that Jon himself had played in like Cardiacs and The Sea Nymphs, the massive hidden influence of krautrock, ancient and modern song, filthy punk, mortality, loss, righteous rage, infant to teen to mid-life angst, fear and inextinguishable love all merge to form a mosaic foundation stone on which Crayola Lectern stands, enabling the depths of pathos to be fearlessly plumbed or the joys of life to be celebrated with full-bloodied voice.

Now, in the weird futurepast of 2018, Mr Lectern also performs in ZOFFF and Lost Horizons.